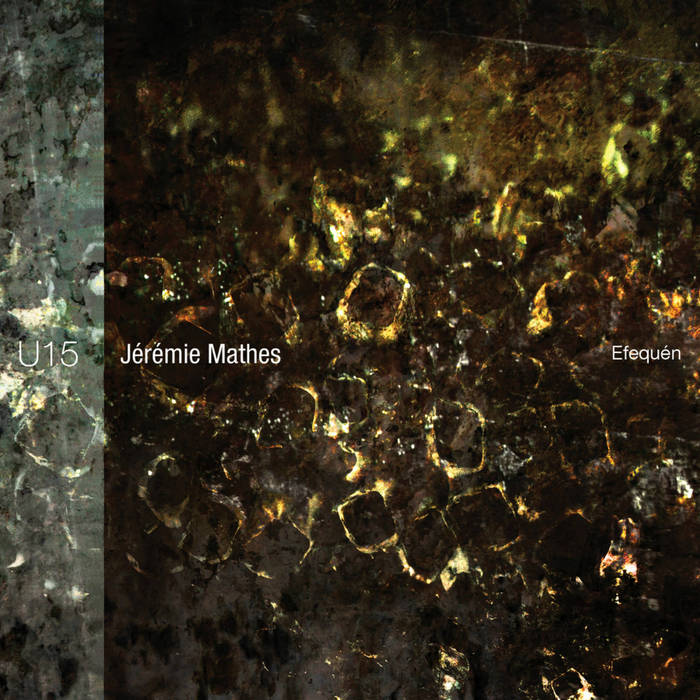 Efequén is a recollection of the geomorphological structure of the island of Lanzarote which I visited in March of 2010.
During one week I had the opportunity to amass various sounds in different parts of this volcanic and arid land.
My initial goal wasn’t to represent a pure or realistic sound map of this island, but rather to interlace it with my errancies during my time there.
My intention was to transcribe the sonic sensation of this semi-arid wilderness surrounded by limitless ocean.

I built my score by assembling, merging and permuting the sound fragments that I had collected. I worked to reveal my personal aural perception of this delimited land, where volcanic activity is still underlying, where nature appears hostile but is under permanent reconquest.

In Arrecife, I spent several hours with my stereophonic microphone gear, recording crowd and human activity. The harbor was also a focal point where I had the opportunity to use my hydrophone setup.

Ciclos is a hybrid combination of sound elements from bubbling aquatic plants, a decaying metal bridge and aeolian effects on constructions.

Los Caletones is a specific sandy bay to the north of the island where I made a series of recordings from the action of the ocean ebb and flow on volcanic black rock.

Atlante del Sol is an abandoned hotel in the south area of the island exposed to the elements in the middle of lava fields. This sonic piece is built from debris and objects found cast up by the ocean.

El Golfo is a small locality on the southeast coast of Lanzarote close to Timanfaya National Park, a protected area. I achieved capturing the sound of black sand swell from the beach at El Charcos del Ciclos.

Recordings made on the island of Lanzarote in march 2010.